Seat belts are ordered up and then it's on to exhaust. A "build sheet" of sorts appeared while the glove box was out and the style # & Vehicle ID #'s match the car. The codes did not picture well but are as follows: 33 HE RPM WB FS AG OB OF TLS. Do you suppose the TLS is the torsion level?

There were a number of nice Packards @ the big Iola show this weekend from the Wisconsin chapter.What cars! 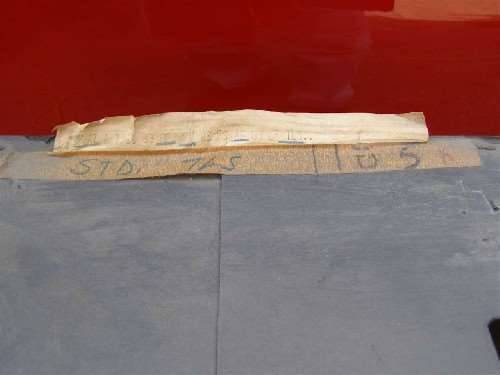