Posted by Ken_P on 2015/8/3 21:44:02
So, after looking for a better body for my 115c project, I instead ended up with a 1937 1092. I am the third owner, the car has an all-original, never wrecked body, original interior (with seat covers) showing wear, and a rebuilt engine. It was pretty dolled up from the factory - banjo wheel, clock, deluxe heater, cigar lighter, oil filter. Also has the original tool kit. Only missing the radio, which I am ok with. Oh - and no sidemounts.

The original paint presents pretty well, as does the original chrome, although there is some pitting. I intend on just driving it and enjoying it right now, and conducting a piecemeal restoration each winter - some chrome, some mechanical, etc. I will likely get the car repainted at some point in the future. Because it has a rebuilt engine, new wiring harness, etc, I doubt it is a likely to be worth keeping as a preservation class car (plus the fact that it is a junior).

- Where do most guys get seatbelts from, and where do they mount? I want to take my family in short trips in the car, but both of my kids are still in car seats. There are two belts in the front seat, haven't traced them out yet, but they are black, and the interior is tan, and I will also need to put belts in the back seat.

- Anyone have an oil filter part number? I've checked the parts cross-reference here with no joy, and all the major vendors list from '40 and later.

- I have a brand-new re-cored 115 radiator that I was considering swapping in, but the upper tanks look different. Was there a difference in 115 and 120 radiators? It seems like here might have been, given the difference in displacement and horsepower. 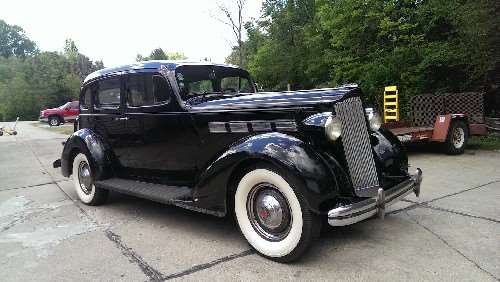 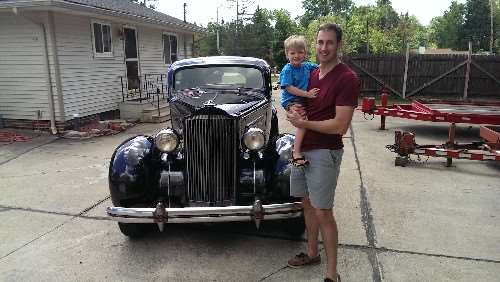 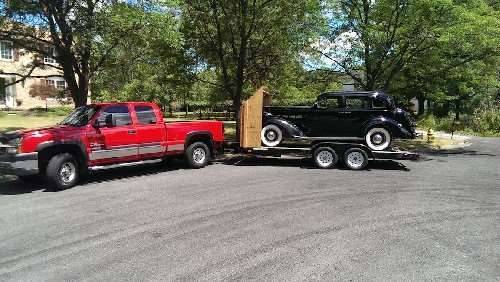