Re: A Tale of Two Patricians

You still have splines to contend with. The entire layout is almost identical operation wise on the Ultra except the selector is differently shaped. Instead of resting in a lever it rests in a detent assy and IIRC, there is a pin like mechanism that has to move down and clear the detent to get out of park or reverse position. When the shaft wants to rotate and select a gear the selector moves toward the linkage moving lever by about 1/4-3/8". Could be rust has seized the selector or some congealed grease and dirt is trapped between the selector and linkage lever blocking movement. 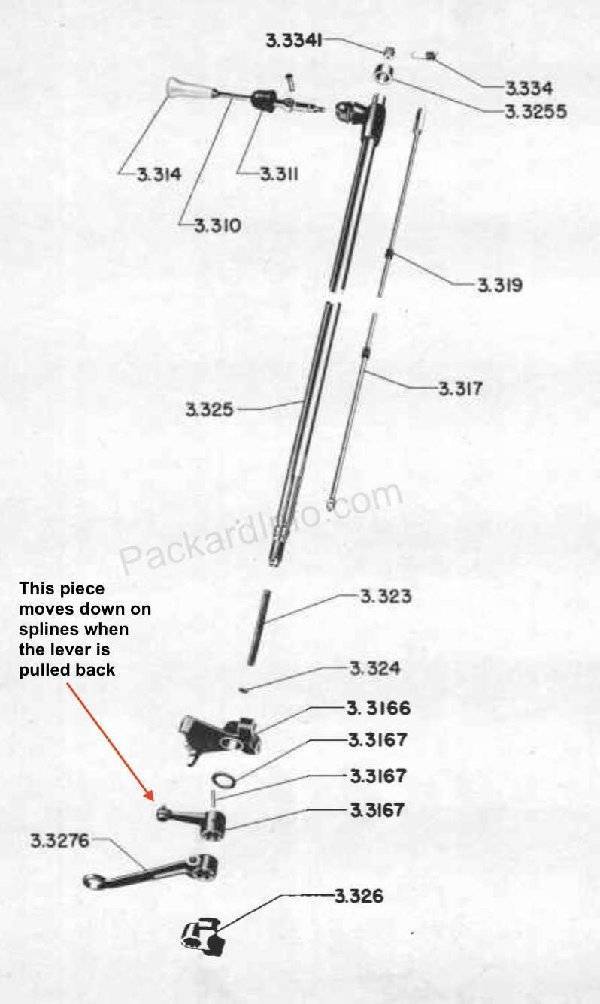