Posted by blue40devil on 2019/10/26 7:39:59
First thing I did was try to turn the, "Ran When Parked" engine over with, not unexpended failure. I had pretty much decided to take it out and go thru it, but hoped it would have been less involved.

So, I purchased gallons of Kroil, WD 40, PB Blaster, marvel mystery oil, etc and flooded every thing for about 6 months.

I partially disassembled the top of the engine, carb, manifolds, valley cover and found some stuck valves which I was able to free up.

In talking to the PA he said he had to have the factory aluminum heads welded in the '70's due to leaks, which is what prompted him to sell it. When I got it, the aluminum heads had been replaced with cast iron ones, but there was evidence that it still had some leak issues.

Picture is of the engine as it arrived. 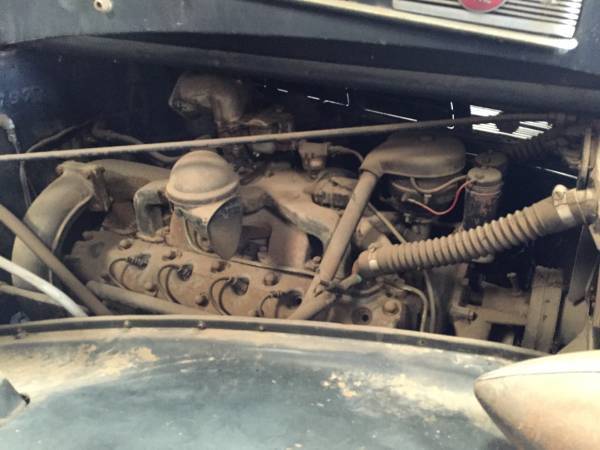