Posted by PackardDon on 2020/3/25 2:38:42
My first postwar Packard purchased in the '70s was actually a 1951 Henney-Packard combination coach which could be used either as a hearse or an ambulance and when I bought it, it had the wrong rear end installed. I was told that it was from a Jeep and have recently determined that it is a Dana rear end but otherwise I have no idea what it came from. Shortly after buying it and to get the proper rear end, I bought a 1951 Henney-Packard 3-door military ambulance and made the swap, then parked the ambulance until recently.

Having sold the combination many years ago and trying to figure out what to do with the ambulance, I decided to make it driveable once again! When I bought it I was told that the distributor was broken and indeed with the cap off, the rotor just spun but once I got it to my storage yard (I had only outdoor car storage then) I found that the reason it spun was that there was no oil pump and the gear on the pump is what drives the distributor. Pulling one out of stock and installing it, the engine ran nicely.

These long wheelbase 3-door military ambulances were based on Service Cars which were like sedan deliveries or panel trucks of the funeral trade. Typically service cars had no side windows and featured a chrome decorative wreath on the sides but they did have functioning rear side doors. For the special military orders, the doors were closed off and upholstered over as though they weren't there and and brightwork was deleted where it could be. This particular version has had windows added to the rear side "doors" but whether by Henney or someone later is unknown. 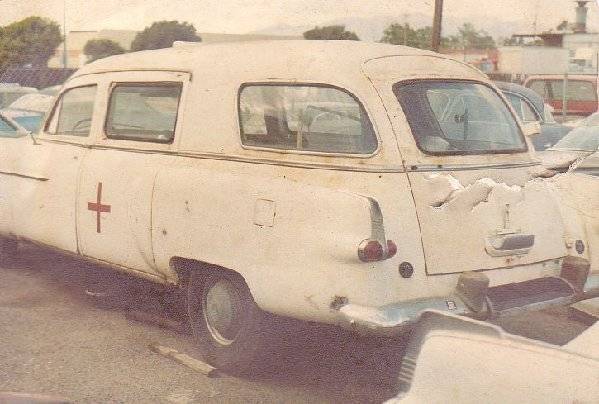 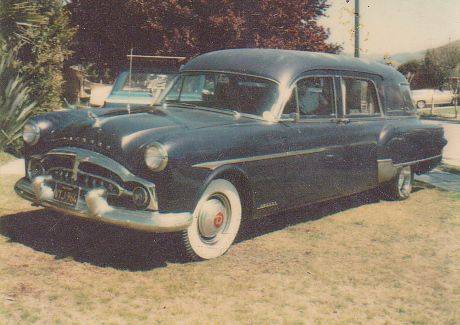 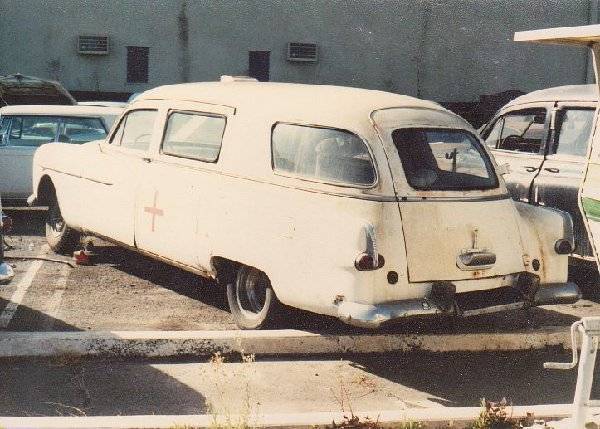