Posted by PackardDon on 2022/5/20 21:42:13
I made some headway today by getting all the u-bolts loose and the rear axle out. The nuts were super-tight and even my impact wrench couldn’t budge them so I tried a nut cracker to no avail. Then I tried drilling into the side of one but the drill wouldn’t even scratch the surface so I realized then that the nuts were hardened!

With some experimentation and groveling around on the concrete while doing it, I learned that using the nut cracker seemed to shake things just barely enough where a long breaker bar and socket turned tight and loose alternately would break it free with a cracking sound. Once that happened, I worked each one back and forth repeatedly favoring the direction to remove it until it was free! It took all afternoon and lots of PBlaster too. After removing three nuts on the driver’s side, I got smart and realized that the car is on a lift so I might as well make use of it! I brought it up where I could stand and work rather than grovel on the dusty floor!

Now that there was a method, the other side was relatively easy by comparison and once it was loose, shackles removed and down I had to break it free of the alignment pins on the springs. The driver’s side had initially dropped down quickly and broke free by itself but the passenger side was stuck and no amount of prying to loosen it would budge it so I brought out the heavy artillery: a 50lb (or that’s what it felt like but probably 35lb) sledge hammer and one hit on the spring knocked it out.

One u-bolt which was especially stubborn on the driver side is slightly bent but I should be able to straighten it fairly easily although on it was a wheel lug nut rather than the proper one so I’ll have to dig around to see if I have one somewhere. The same nut was used on Packard's u-bolts and in other applications on the cars.

Tomorrow I’ll get busy installing the proper one but I may have to somehow lift the rear a little higher to get it in if I want to leave the tires attached. It may clear as it is but I’m not sure.

EDIT: I was able to pick up the ends of the Dana rear end to put the wheeled dollies underneath but no way I could do that with the Henney rear end! Even the drum alone is very, very heavy. 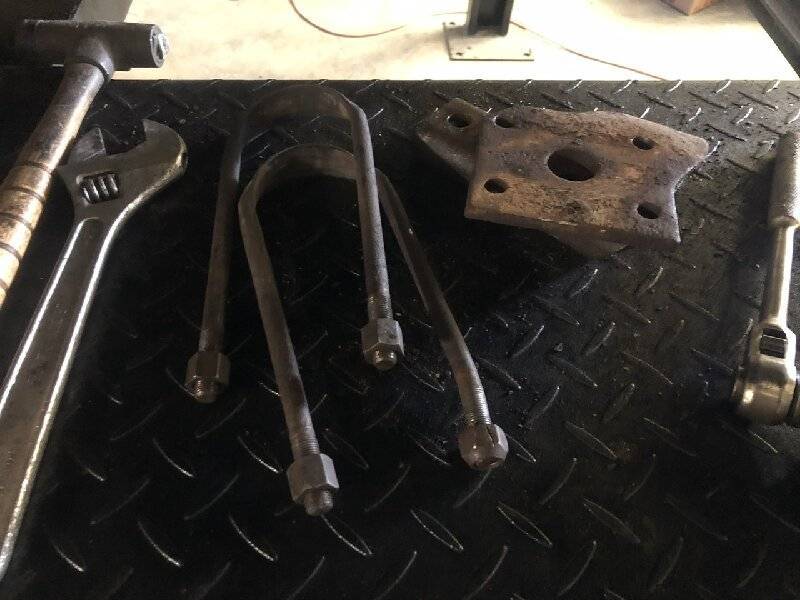 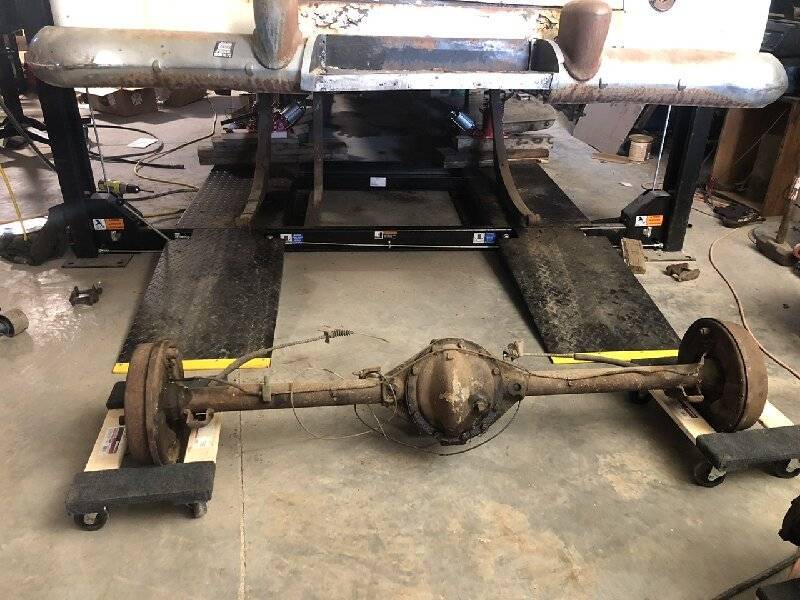