Posted by PackardDon on 2022/5/21 19:14:38
Got the proper Henney rear end lined up with the tires still attached but would have needed to lift the car at least 5” more for clearance so decided it was easier to take the wheels back off.

Using a floor jack, I walked it up the ramps from one side to the other, blocking the one side so that it wouldn’t go back down and used a long pry bar in the support bracket to keep it more or less level, or at least aimed in the proper direction.

Once up and close to alignment, I used the pry bar to lift the spring and put a 2X4 on edge under it so that the axle was fully resting on the spring, then I used the same pry bar to get it into position until it dropped down onto the alignment pins. Once there, put on the u-bolts, shock and stabilizer brackets and got it all together tightly enough to lift it up for the shackle installation. I did have to stop on the second side to straighten the bent u-bolt and run a thread chaser on it as I had already done on all the others but used the same incorrect lug nut until I can find or buy the proper one.

The incorrect axle not only had many washers under each u-bolt nut but there was also a split half of a galvanized pipe under the top of the u-bolts to compensate for the Dana's small diameter. I have not put any washers back on yet until I look at the parts book to see if it tells me whether flat and lockwasher, just flat or just lockwasher!

After it was up and supported by the shackles, I went back through the u-bolts, loosening them a bit to get the lower brackets better aligned, then re-tightened them all but they are not yet to any particular torque. 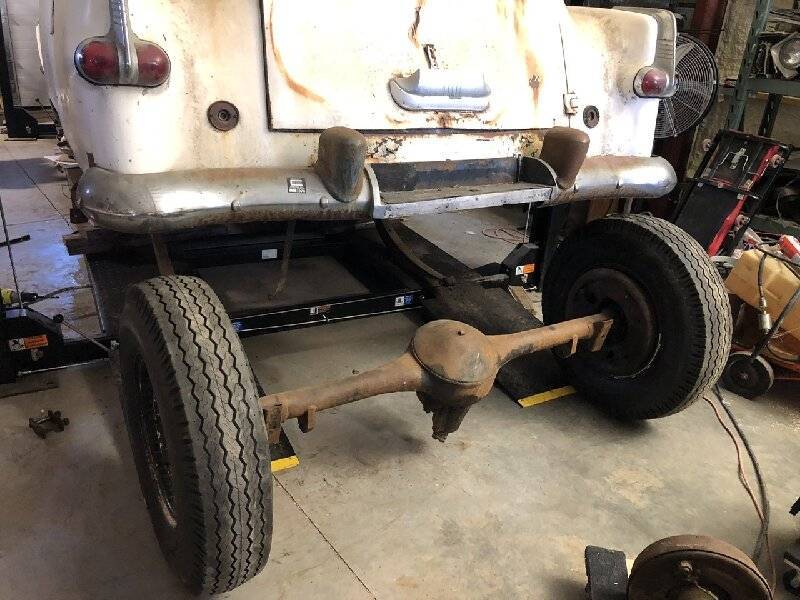 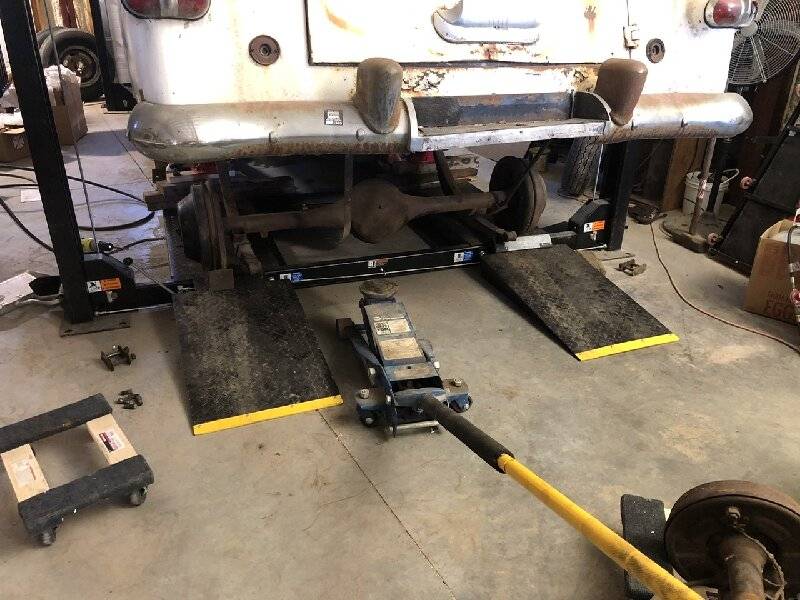 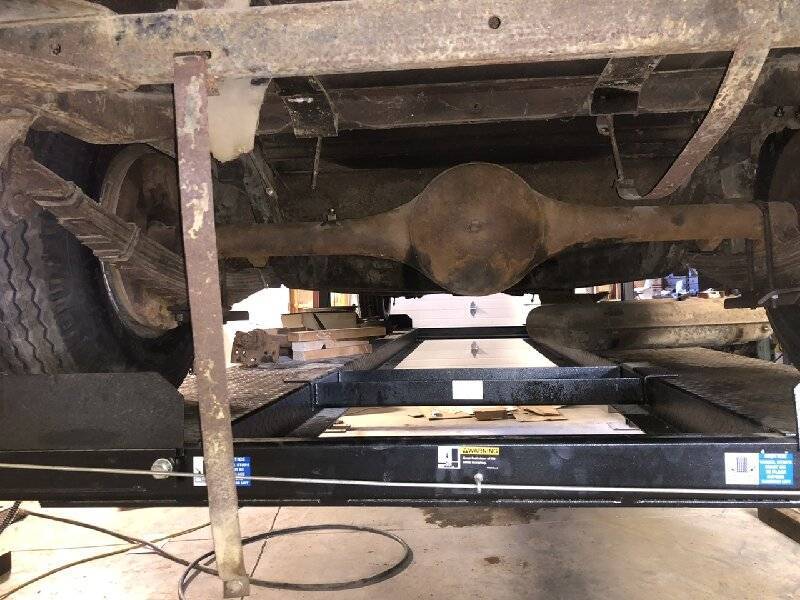 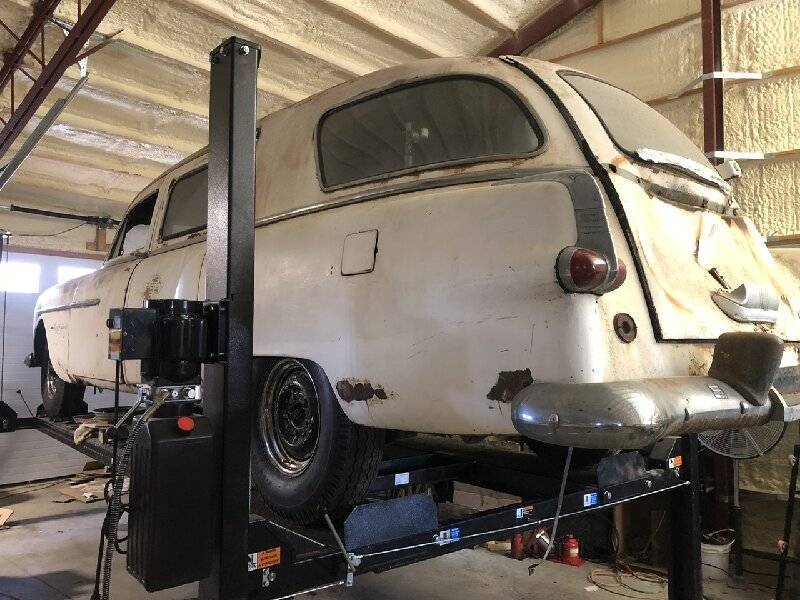 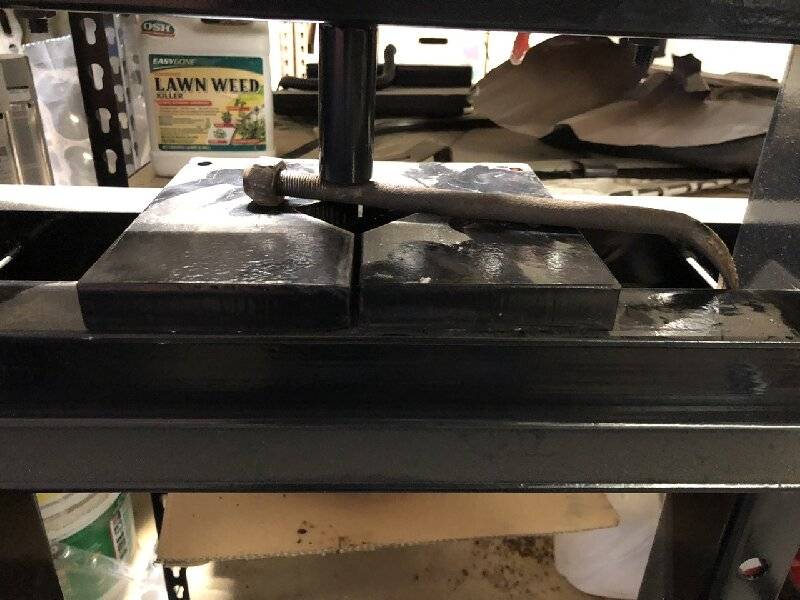