Posted by PackardDon on 2022/5/24 12:54:42
Incidentally, these are the two cars for which this ambulance was a parts car and the original rear end from it is on the blue 1951 Henney-Packard combination in the background. On the way home from this particular NorCal Packard Club outing, one of the front brake shoes of the blue one became partially disconnected from the web to which it attaches and was dragging causing lots of smoke so the ambulance's front brakes were donated to replace them and it also later got the transmission too.

The 1952 Henney-Packard Nu-3-Way in the foreground was still all-original in this photo but was eventually repainted a dark metallic gray and won First in Class at a PAC national meet. While still original, it also won the Long Distance award after driving from Santa Clara, CA to Freeport, IL for a Professional Car Society meet. Freeport is where the Henneys were built and the meet coincided with a Henney employee reunion. Barreling down Interstate 80 on the way back, we were greeted by the Charlie Daniels Band in the other direction hanging out their bus windows and waving! 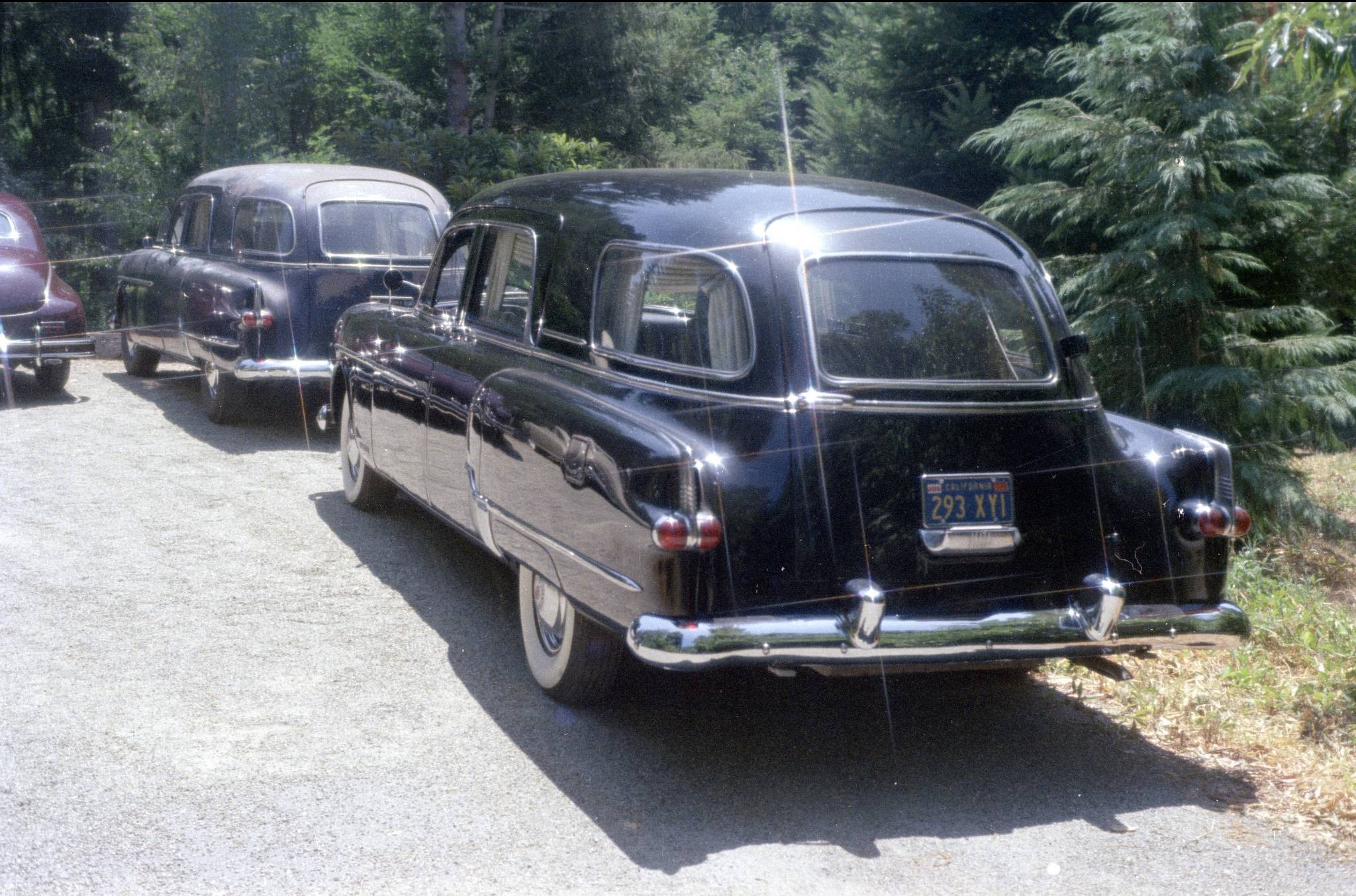