Posted by HH56 on 2021/8/21 9:00:07
The fuel sloshing out of the fill pipe has been mentioned on various forums several times over the years. At least your tank does not seem to have the small notch across the smooth sealing surface that for whatever reason has been found on some tanks.

There is speculation that because there is no baffling in the tank fuel can slosh around and work its way up the pipe and many have noticed smelling gas after a sharp turn. Perhaps centrifugal force is causing a large mass of fuel to suddenly move. I don't know if either reasoning has been proven but as you can see from this photo Ross posted of the tank internals, there is nothing that would prevent a surge and movement from forcing fuel up the pipe.

Another possibility is the seal on the original fuel caps have either hardened, deteriorated, or shrunk back so there is a slight area fuel can escape around the edge. Of course that does not account for new caps other than maybe the construction has cheapened or design was changed over the years to fit more applications and the new caps are slightly different than originals. Looking at your cap the cardboard does seem a bit small in diameter and I would wonder if it completely covers the smooth surface of the fill pipe or is it thick enough to get a good compression seal. The wear or stain pattern would seem to indicate it is not making as tight a contact over on the side toward the retaining ear at the left of the photo. 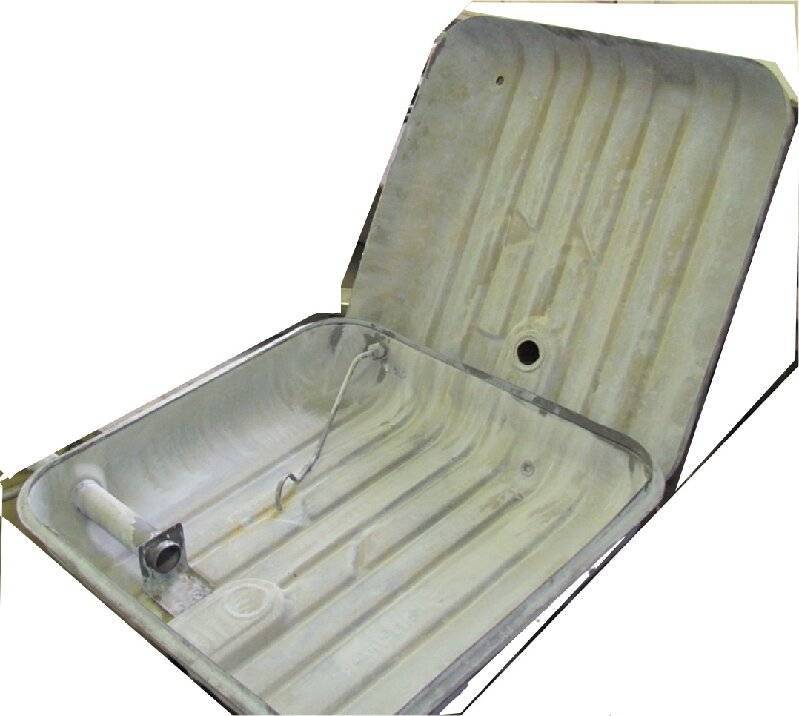