Posted by HH56 on 2021/10/18 17:36:17
Parking and turn signals use the same bulb but different filaments in the bulb. They have completely different circuits and fuses. The tail and brake/turnsignal lights have the same arrangement. There is a fuse for the turn signals which could have blown and it is also possible the flasher is missing or an incorrect flasher was installed. The fuse is in the fuse block under the dash and it might be a good idea to disconnect the battery then get a small piece of emery cloth and clean the fuse ends and the spring clip holders in the block. The clips have been known to oxidize resulting in poor connections.

The switch contacts could be oxidized and not making contact but since 55-6 use a different switch than the older models that has not seemed to be as big an issue on 55-6 models. There is a round plug near the front dash edge coming from the steering column. That is the turn signals and brake wires so make sure it was not accidentally disconnected.

Here is a bit of an extraction showing only the turnsignal and brake light circuit thru the turnsignal switch. While the circuit is electrically the same, the 55-6 switch is physically different from the one shown on the diagram. Also, here is information on the mechanical switch setup. The switch can be bought at Napa but you will need to make your own bracket. The switch is normally closed but when installed it is adjusted so the plunger is pressed in when resting against the brake pedal arm. When the pedal is pushed, the plunger moves back out and energizes the lights and at the same time de-energize the TL control switch. Also info on a 2 terminal switch and relay conversion which functions to do the same thing.

If you want a prepackaged mechanical brake switch Dwight Heinmuller sells them. https://www.packardparts.org/products/parts/ I don't know if he still carries the already made 2 terminal switch and relay conversion package since it is not currently listed. If he no longer sells them then not sure where to get those anymore since NW Packards also seems to have discontinued them. 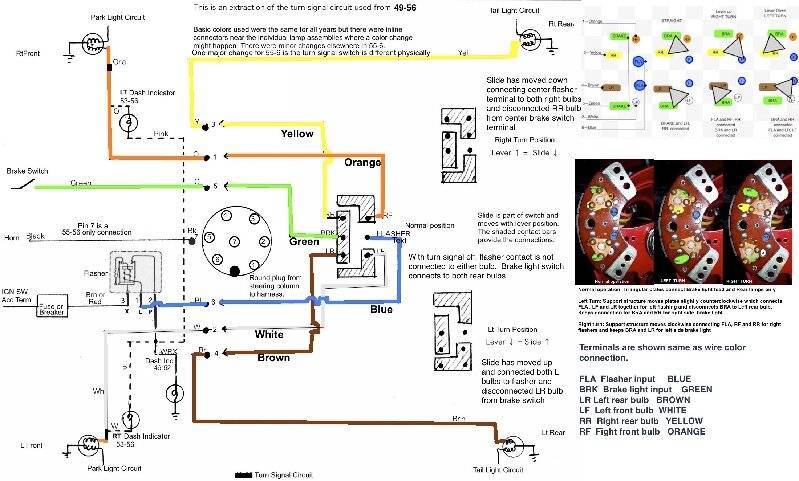 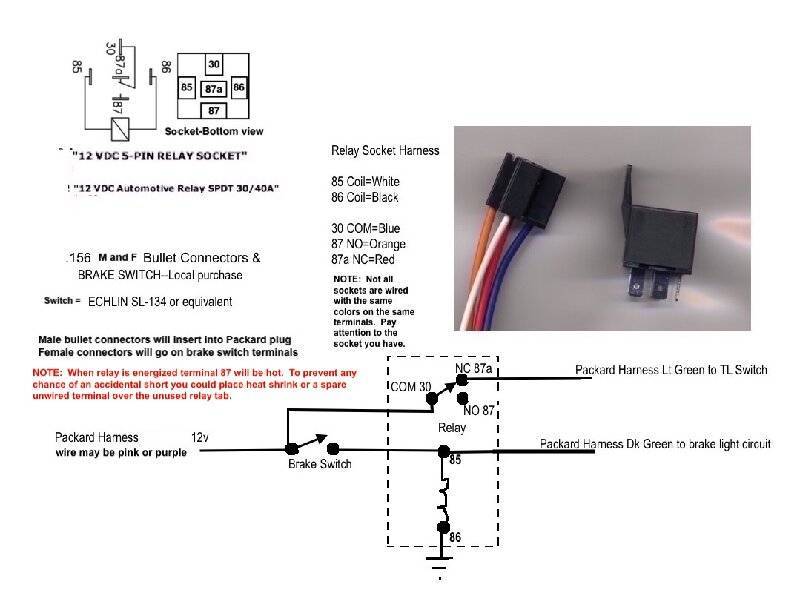 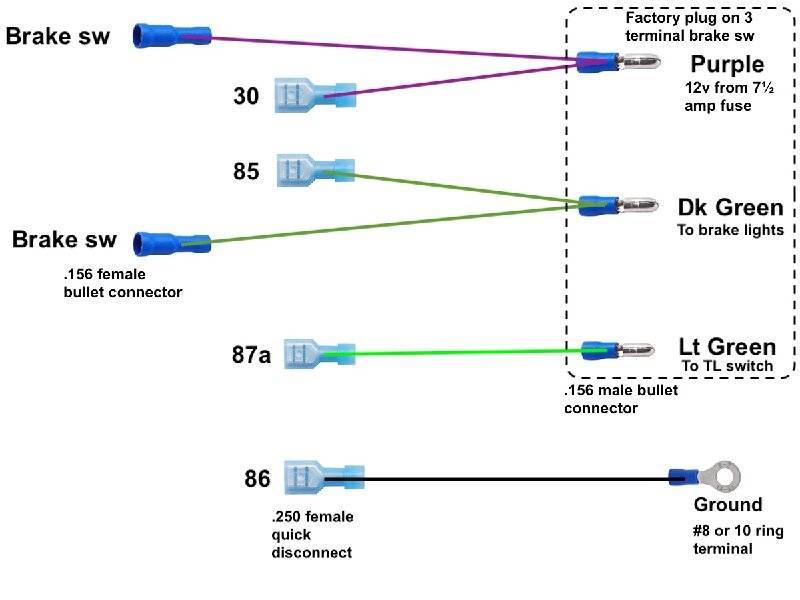 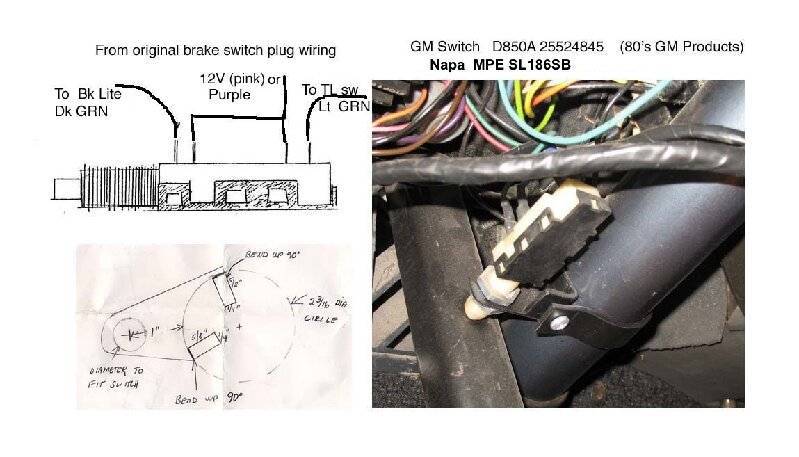