I've had The Duchess, my 1940 160 convertible sedan, since 1959, when I was in high school. I sold the car in 1964 for $800. I had a brand new Mustang. As the tail-end tipped over the hill on California St in San Francisco, my heart sunk. Then a year later I received a notice from the DMV to renew my plates. I called the new owner. He had also fallen in love with another car, much more expensive, and was afraid to inform his wife of the Packard acquisition. He had taken it to a shop, bought a 120 sedan for parts (not great for that purpose), and had some work done. He offered it back to me, along with the Packard sedan and the shop billed paid for exactly what he paid, $800. I couldn't resist. I kissed the ground. I drove it almost everyday until 1984, putting on well over 325,000 miles when it became unsafe to drive. My kids grew up in it.

My eldest son, John, and I dismantled her in 1986. We made progress on the engine and stripping. Purchased rubber and wiring. She was stored in 1993. In 2002 we brought her home. I took a class in vintage auto restoration at our local community college in 2004 and began restoration activities in November.

In 2005 I wrote to club members with 1803 1377s and received photos to help guide further restoration. More work was done on the engine, the addition of stainless steel parts. Most of the chrome was redone. Other parts purchased. I took doors and fenders to a body shop for repair and metal replacement.

My wife died of breast cancer in the Fall of 2005. I moved the car to a DIY restoration facility nearby, but wound up hiring the owner to work on the car. He became ill and could not work on the car, so, after a stint at a wood shop to build a new top box, I brought it home.

This summer I started working on the car myself in earnest, several evenings a week plus weekends, and began to discover the other aspect of the hobby, the joys of restoration.


1964 Hillborough, CA, a whole summer of work at minimum wage provided new vinyl upholstery. Fortunately it was such a cheap job they left the original upholstery underneath.

1967 at the Oregon coast. Having the oil changed. Son John, under the car in the center, rebuilt the engine 20 years later.

1983 Elaine and I in San Jose. I called Convoy about the shipping cost which was $50 per 100 miles. They had stations all the way down I-5, so I thought I'd see how far I could get (Elaine drove our Volvo), then give the Duchess to Convoy to take it the rest of the way to San Jose. It went 623 miles non-stop (repair stop). We took it to Santa Cruz with the kids.

In 1981 we went to the Columbia Gorge historic hotel for New Year's Eve. It snowed and snowed. The hotel turned the outside lights on so we could see these huge flakes falling. A most beautiful New Year's Eve.

In 1982 the communications managers at Tektronix had an offsite meeting at the coast. We went for some wild rides on the sand. 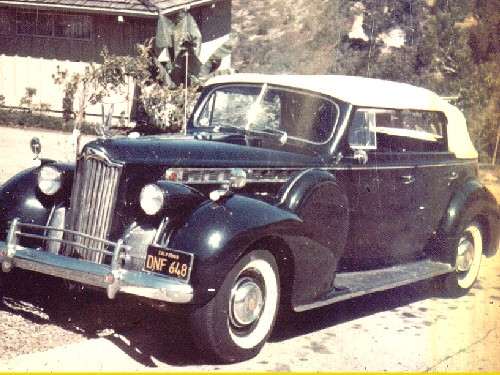 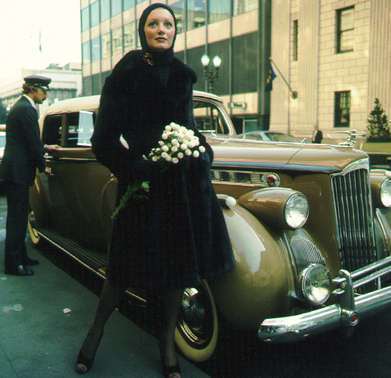 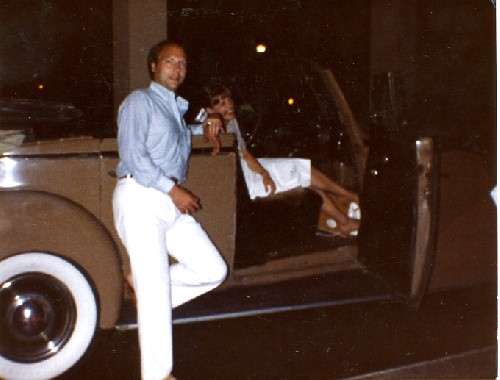 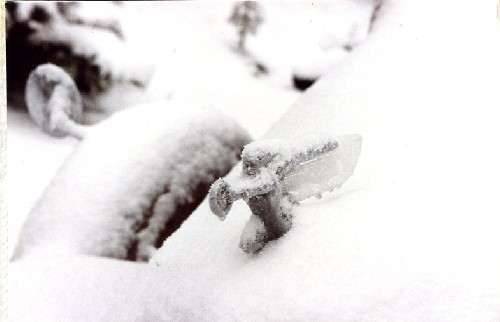 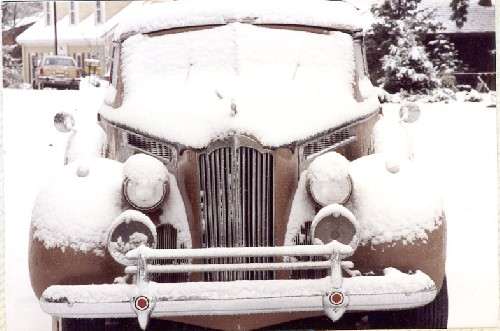 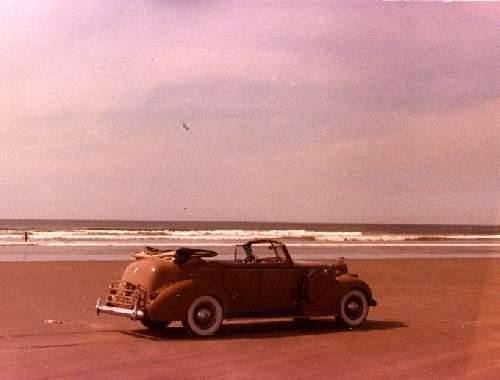