Posted by Joe Santana On 2010/10/25 0:54:42
I cleaned parts and ordered additional parts at the new house. I had some parts chromed. I wire-brushed the body above and below. The doors and fenders were in storage at first.

The stripped doors were primed, but the inside bottoms of the doors would need attention again... meaning rust cut out and new metal welded in. When rubber goes bad, the little strips of rubber on the doors at the exterior bottom of the windows, water gets in there in a major way. It's such a small item, but without it, you get a world of hurt. For 15 years, the car wasn't garaged, in Oregon.

I'm not a mechanical person, but I did discover in the course of correcting mistakes, such as the route of cables for hand brake and overdrive, that had resulted from repairs which kept my car on the road, but weren't always done according to Hoyle, the beauty to putting something back the way it was engineered. Sometimes there were missing guides, or guides that were bypassed. I spent an inordinate amount of time cleaning off and removing a guide and replacing it so a cable could pass through it, for instance. But there is a reward to having it right again.

The manifolds were magnafluxed, but I knew they would rust again. I ultimately sent them out for a ceramic coating that has the appearance of cast iron, but retains its look, done by Finish Line.http://www.finishlinecoatings.com/

In the early 90s, as the kids headed off to college, we moved to smaller quarters and the car went into storage. For 8 more years it sat.

Photos
Stripped doors, lightly primed.
The original dash did not have a radio, but an altimeter. I big hole was cut in the center of the dash to accommodate it by Mr. Cushing's chauffeur. The plastic was shot, as you might imagine. It cooked when the convertible top was down. I replaced it with a dash from a 120 painted 1 color. But years ago my friend Vaughn found a dash with good plastic. I saved it. This is the dash I will woodgrain (or attempt to...it's looks so easy in the videos...with a kit from Grain-It Technology.
The back end, the trunk, was rusted through where the left and right brackets attached to the frame. It was no longer connected. The very back moved up and down opening up the homes for the bumper brackets. All that has been repaired.
Son John welded up all the holes I had drilled through the firewall in order to install Brand X heater hoses and mounting screws. Undoing a life of crime is not that easy.
I had a few more items chromed, but not much more. 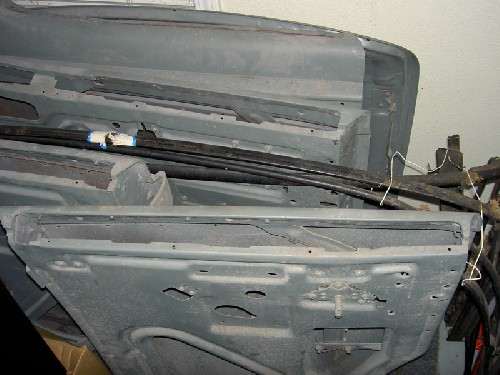 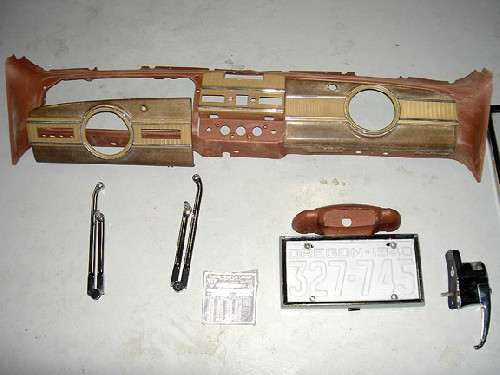 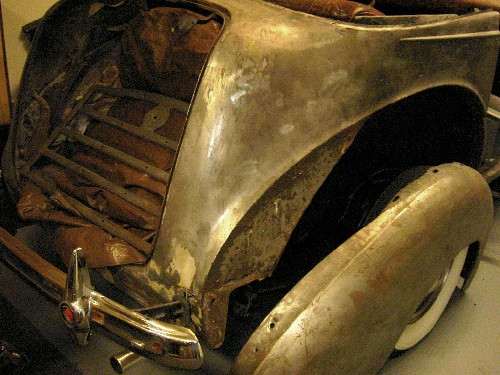 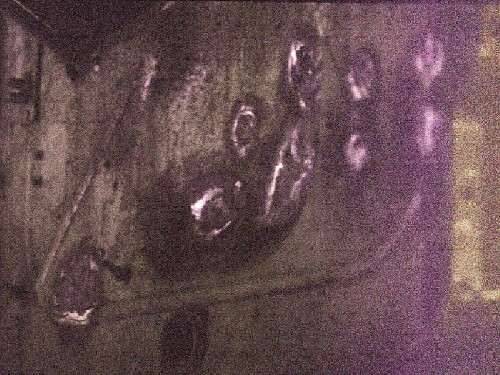 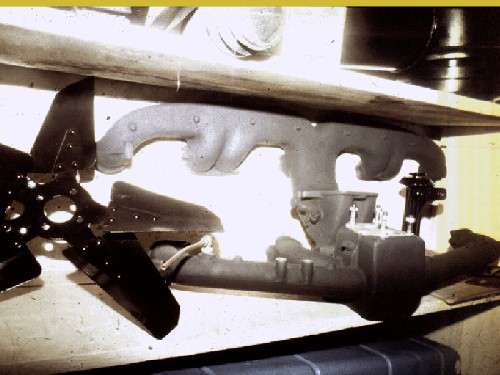 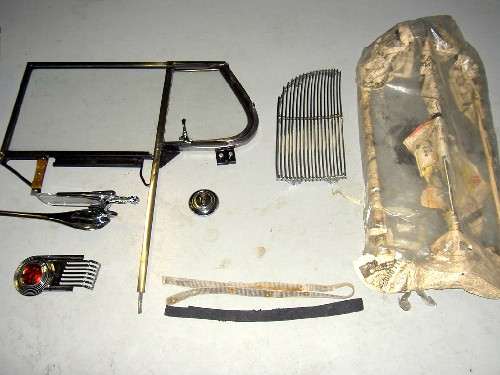