Posted by Guscha on 2016/2/1 16:21:21
The pic below is a press photo with data on the back. It shows Nikita in a ZIS and was taken 1963, a couple of months before he was removed from power (-> wikipedia).
The seller has been so creative to adapt the facts for the stage. Let's have a second look at the artistically dramatized screenplay:

"...most of the existing ZIS 110s were destroyed by order of Nikita Khrushchev who took the highest office in the USSR after Stalin. Khrushchev condemned Stalin and accused him in creating a cult of his personality. Everything associated with Stalin was removed from public places and destroyed. ZIS is a Russian abbreviation for "Zavod Imeni Satlina (Plant named after Stalin)" In this anti Stalin campaign the plant was renamed and became "Plant named after Likhachov" and all ZIS 110 limousines were ordered to be destroyed..."

Everything associated with Stalin was removed from public places and destroyed? -> Down to the present day Stalin is buried at the Kremlin Wall. 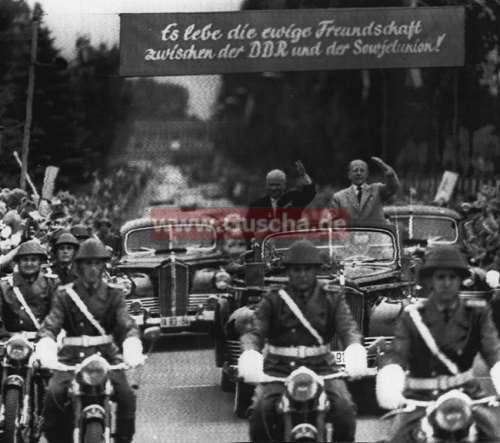 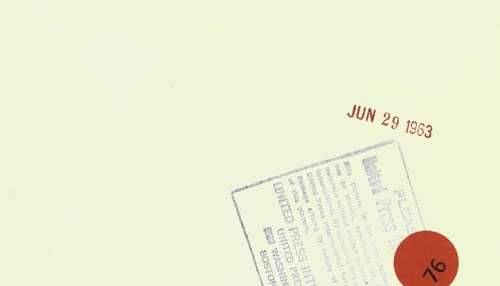