Posted by HH56 on 2022/6/27 19:41:04
The levers must move easily and separately. If they do not the transmission interlock will come into play and block the shift mechanism.

When the operators lever is in the forward relaxed position the upper 2-3 lever is selected and will not move without the operators lever also moving. The lower R-1 lever is not selected so will be free to rotate if you grab hold and try to move it. To test the upper lever, the operators lever must be pulled toward the driver and held against the spring. That selects the lower R-1 lever and leaves the 2-3 lever free to move. It is much easier to grab and test the levers by hand if the rest of the linkage is disconnected so you are only trying to move the levers and not the entire linkage and transmission.

The oil hole will allow the oil to get inside the tube to lubricate the inner rod and some can run down and then out the tongue selector slot and catch the lower R-1 lever. Unless a few drops stays on the outside of the hole and runs down the tube it does nothing to lubricate the upper lever. To get any lube in that upper area, if there is any play between the lever and upper washer those two can be slightly forced apart and drops of oil applied on the outside of the tube directly at the top of the lever so it can run down in the space between the lever and tube. If it is really tight then it might be necessary to temporarily remove the upper clip to gain a bit more space so enough oil can be applied to run down and actually do some good.

Here is a tube that did not get lubricated and shows the rust and corrosion formed where the levers should rotate. The 2-3 lever was absolutely frozen to the shift tube which, when force was applied to try and shift the locked up transmission, the pot metal operators lever connection was broken. After removal of the tube assembly and partial disassembly of that area it still took quite a bit of heat and force to free the lever and quite a bit of work to get the shaft even at a minimal amount of polish. 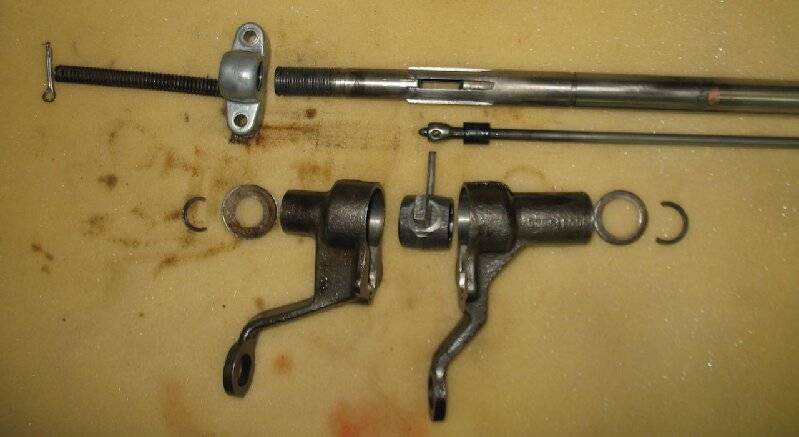 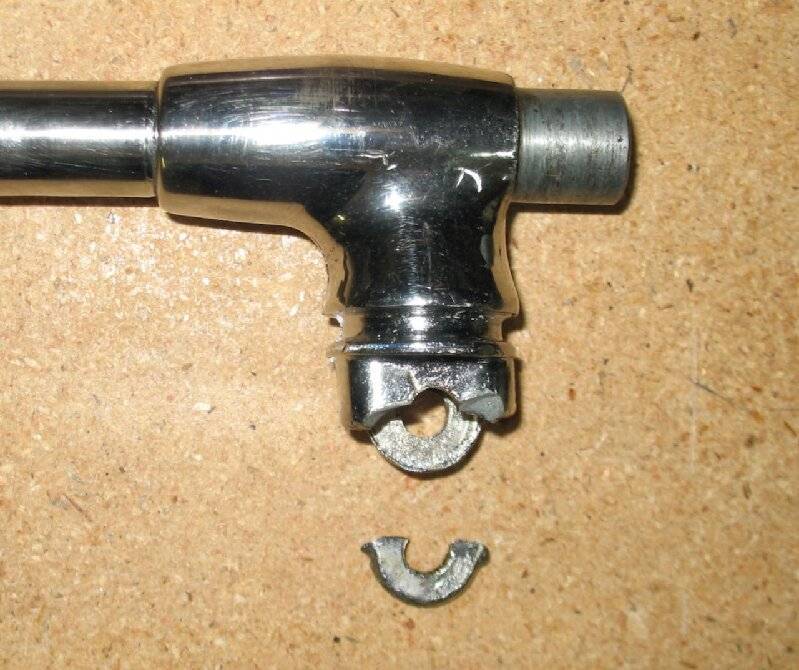