If you can reach the pin from the back side such as a trunk lid, front fender or door where the upholstered panel can be removed and the hole is roughly the same size as the stud probably done with a flat style speed nut. Packard used both round and rectangular style but today use what you can find in the correct size.

If the back cannot be accessed such as in a double walled part of the body like near a wheel well or if there is something structural in the way that can not be removed, the hole is generally about twice as large as the stud. In that case there was probably a tubular speed nut pushed in the larger hole and then the script studs were pushed into those.

To get the proper fastener you need to measure the diameter of the stud and order the appropriate size. Here is a small sample of fasteners from the Restoration Specialties catalog. They have a fairly good assortment of styles and sizes including some sealing types if it is going somewhere water leaking in could be a problem -- like in the trunk.. 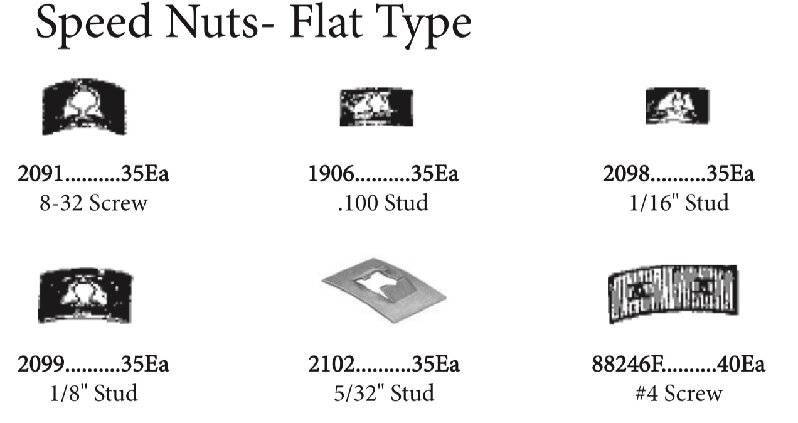 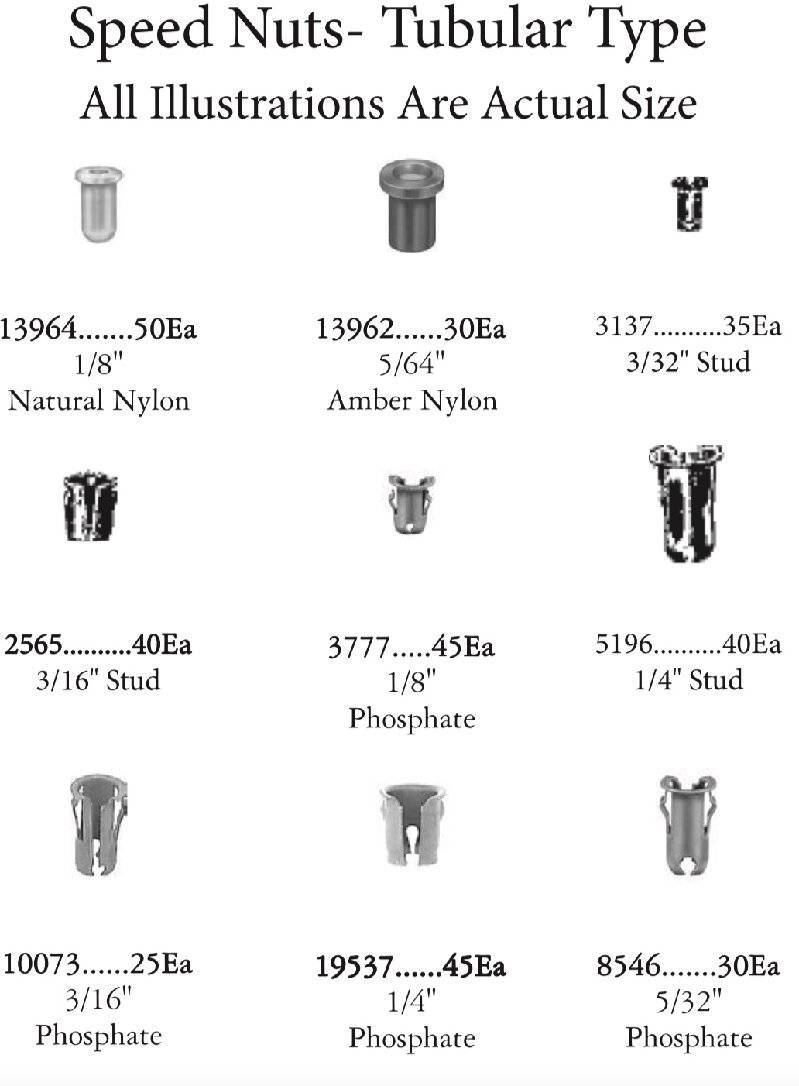