Though I kept an eye out for this kit (P/N 6492178), I didn't have much luck. So, when I found an NOS switch (P/N 6492143), I shifted my focus to the harness (P/N 6492180). While the SC article (initially) advised that the kit "consists of a wiring harness and a three-way switch", there's a bit more to the kit than that. (See page 78 of the parts book, Groups 4.2202 through 4.2208 for details.) Coming up with a Clipper knob (P/N 439932) was no big deal, and I figured I could scrounge the other hardware. However, I really didn't want to attempt fabricating the harness without an original to inspect. The diagram of the harness as shown in the SC article is rather vague - not a true schematic. I even inquired on the availability of the harness from Kanter Auto Products, but was told they had none.

As Murphy would have it, a year later, as I was strolling the old White Field at Fall Hershey, I stopped by the tent of a vendor from OH. I'd just purchased a bunch of V8 parts from him the previous winter, but he said he had something new that I might be interested in. It was an NOS compensator control kit, still in its original carton! I gladly paid him the $40 he was asking. (See Image 6492178B, below.)

While there are subtle difference between the repro and the original kit, Bob's kit will do the job. Upon hearing that Kanter is now selling a manual control kit, I have to wonder whether they had anything repro'd or simply purchased them from Bob. 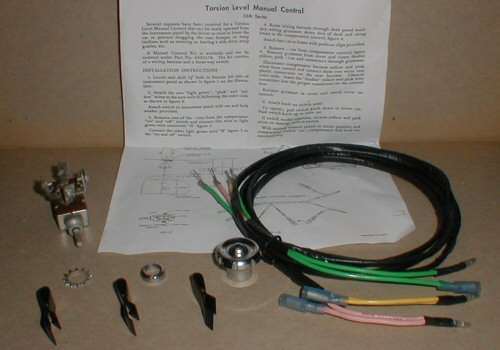 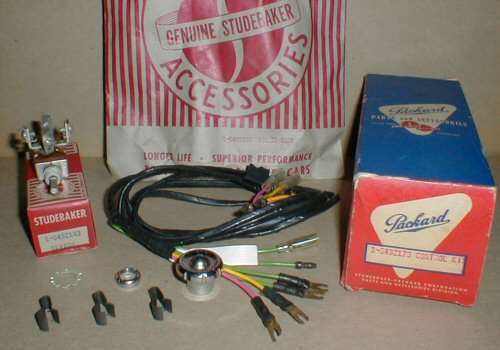