Posted by HH56 On 2022/5/22 0:12:29
Valve is sandwitched between the left manifold outlet and the exhaust pipe and held in position by the two screws attaching the exhaust pipe. The weight should be free to move and if it is up when engine is cold and hanging down when the engine is hot the valve is working.

A fiber spacer or heat shield was used on inline eights but is not used on the V8 engines because the hot manifold heat typical of the inline eights is off to the sides and is a fair distance away from the V8 carb.

Modern gasoline is very volatile and prone to heat letting trapped bubbles expand and collect causing the issue. Several have found an electric fuel pump at the tank which can be controlled by an under dash switch and only used for priming after the engine has sat for several days or switched on when signs of vapor lock occur will help alleviate issues. 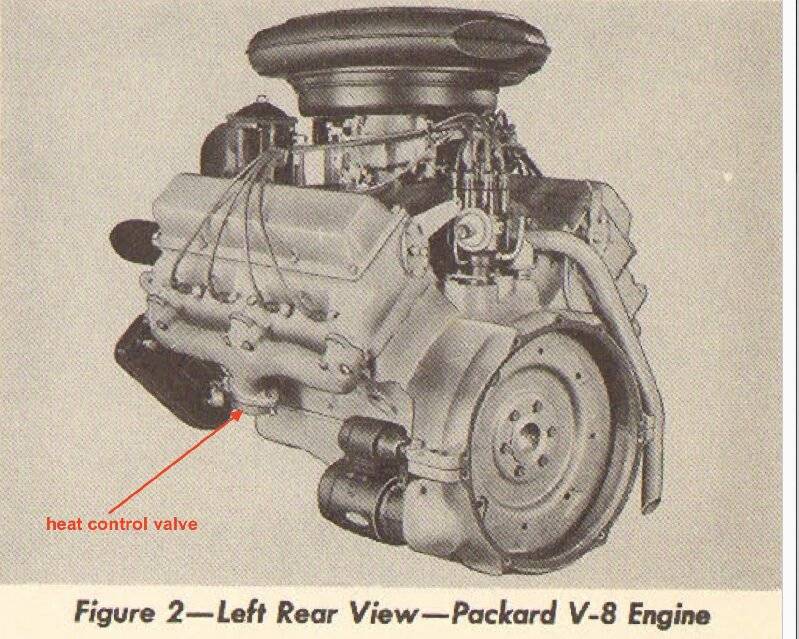