Posted by humanpotatohybrid On 2022/10/13 7:51:29
HH: Yes, I'll be investigating that. For dealer installed reverse lights, you can expect that there's a wire attached to the Acc terminal, thru the trans switch, then under the car, as that's how it is on my Clipper. But they were standard on the Seniors so it should be part of the factory harness on my 400.

Don: here's a tip, if you're doing a fair amount of electrical work, just remove the glove box. That gives you much better access to the fuses, and the right side of the dash switches.

Another annoyance I have with the schematic is that it looks like 4 of the fuses are fed by nothing. In reality, See reply... 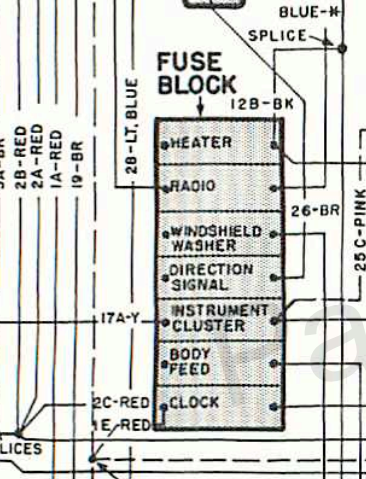