"A gentleman contacted me with this bike and is looking for any info on if it was perhaps a promotional give away or contest item that PMCC may have been a part of in the late 30s early 40s? Being it was made in San Francisco, perhaps a E.C. Anthony dealer item?

He is liquidating his bicycle collection, and in his many years, no one has been able to every find another one of these, or tell him anything about it.

"No one has been able to find another one of these or tell him anything about it"... Not true. I've had dozens. And all the fellow had to do was to ask the right source. As it turned out in response to the 2013 posting someone did indeed tell all about it. But to no avail.

The frame in question was made over several years and by more than one company. The frame design, contrary to the statement, had absolutely ZERO to do with Packard automobile design. This particular frame was made in New York, not San Francisco. The Company was "Bean Son" not "Bean & Son." Bean Son did not BUILD Packard bicycles, they merely wholesaled and distributed bicycles to dealers ANY of whom could choose from a selection of numerous names of which to badge the bicycles they sold. One of those names during one period was "Packard."

The exact same "Packard" bicycle was also sold in Philadelphia with another W-D name on the headbadge... which goes to show there was no official tie of the bicycle itself to the West Coast. It just depended on the W-D that was handling it. The only difference with the one distributed out of Philadelphia is that it said "PHILADELPHIA" instead of "San Francisco" on the bottom of the headbadge and no mention of Bean Son Company.

Long story short... THIS "Packard bicycle" (1st and 3rd image below) ...was really this (2nd image below-shown as it actually would have appeared when new-or if "meticulously restored" BTW... frames could be ordered in "tall" ..."normal" or "short" sizes, thus altering the length of the seatpost frame tube and therefore slightly tilting the rest of the frame as per. The catalogue example I show below is a "tall" version... the auction bicycle is a "normal" size). The cute little reflector on the rear fender of both the 2013 inquiry and 2018 auction bicycle is from a postwar Schwinn bicycle.

Finally, the absolute oldest the rear hub could possibly be is very late 1930s (at the absolute earliest), making it impossible for a bicycle from the "1920s" as the bicycle was claimed to be. The hub cannot possibly be original to the "meticulously restored" bicycle, any more than a 1956 374 cid V8 Caribbean engine belongs in a 1934 Packard automobile. By the way, the catalogue example we show you below was marketed 1916-1917... and the sample we show is out of the original catalogue-not from the internet or a DIY site or gossip forum.

And rumor has it there is yet another "Packard bicycle" now on the loose. This one is claimed to be... another "1941"... are you surprised that it also has 1950s GIRL'S J.C. Higgins Sears chain sprocket and hub? and ill-fitting 1950s J.C. Higgins fenders (somebody parted out a lot of GIRL'S Higgins bicycles)? But a frame from a different maker and different time? And a headbadge and fork from a 3rd maker? In the land of the blind, the one-eyed man is king. 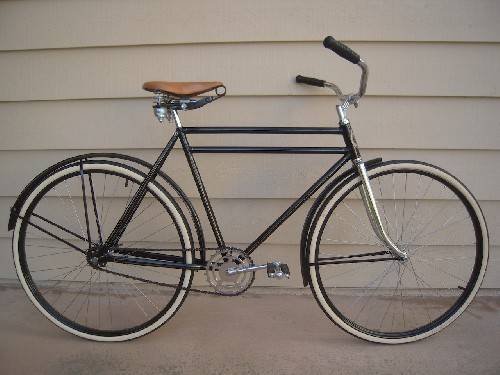 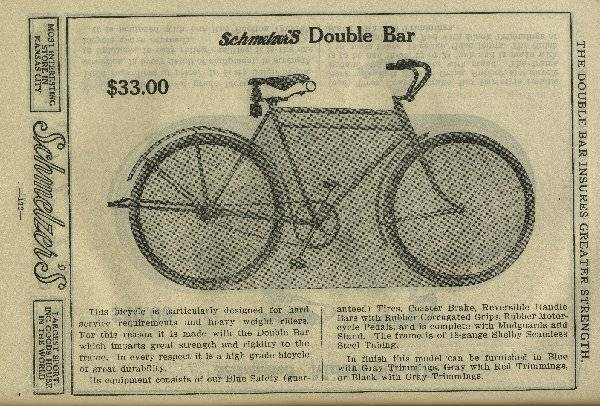 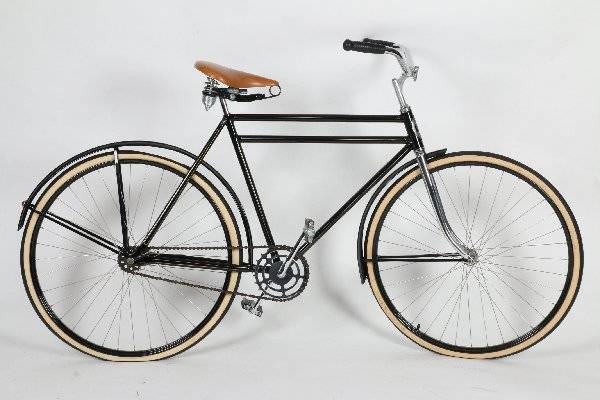