Posted by Leeedy on 2021/5/14 17:48:54
Now let's roll forward to 1949 and more Colson-Built Packard bicycles. This original ad does not mention "Colson" because Colson was only the manufacturer. "Packard" was NOT a model of Colson bicycles. So the ad–as it should–only mentioned "Packard bicycle."

I can tell you that there are those who will look at this bicycle and quickly tell you it is from the 1930s or that it is "prewar" or "pre-war".... not true. This design existed both before AND after World War 2. (By the way, we have both boy's and girl's version of this design–original Packards).

Regardless. This indiana department store decided to have a bicycle contest. Now guess what they gave away? And–surprise– NO PACKARD AUTOMOBILES involved.

Also this ad also clearly refutes the Ohio chain store claim that Packard bicycles were "exclusive" to their stores.

As one bicycle guy said, "Hey you ruin everybody's fun by presenting the facts instead of made-up stories!" Awwww. Sorry. 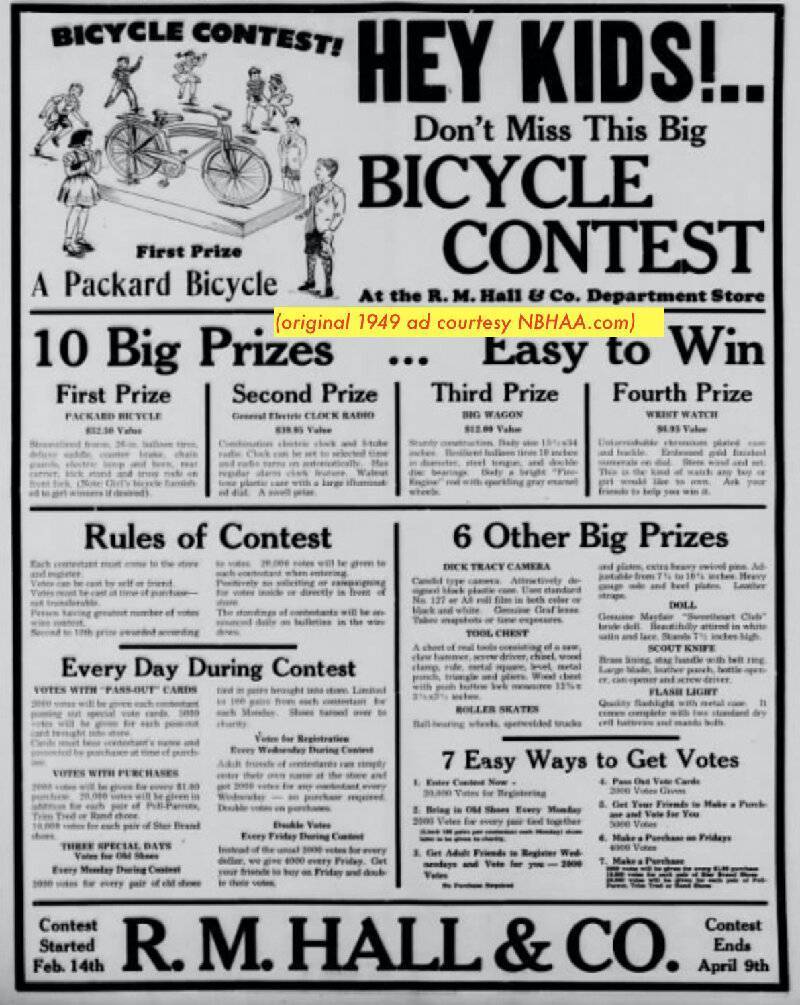