Note that only one color scheme is listed: "dark blue with white trim." The paint apparently received special treatment listed as "four coats" and "hand rubbed."

Now, there are those who would look at this bicycle and immediately announce to you that it is a "Iver Johnson arch frame"! And say so with certainty and want to argue this into the ground!

(HINT: we also have a nearly complete run of original Iver Johnson bicycle catalogues and dealer literature from beginning in the 1800s to end in 1940s. We have collected I-J stuff since at least the 1960s. The company also made motorcycles and guns.)

In fact a couple of these have turned up over the last few years with sellers and internet "experts" swearing they are selling Iver Johnsons.

What do you think? 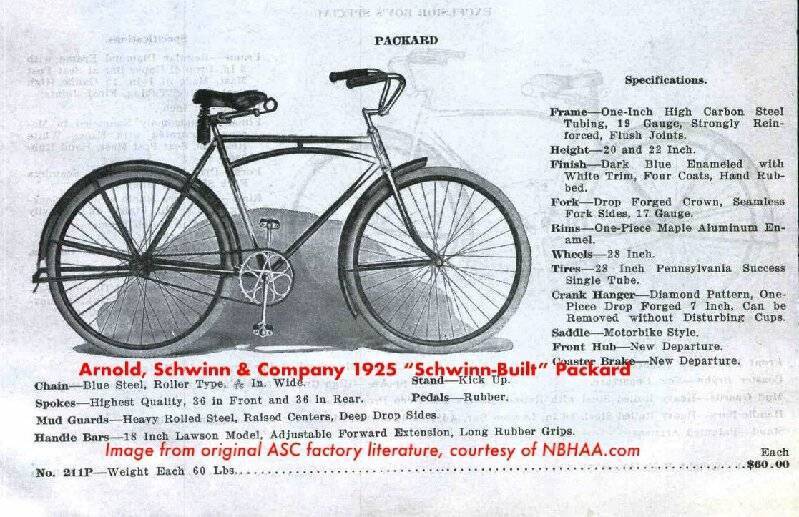