Posted by Leeedy on 2021/8/28 13:58:34
Since I have been on the subject of ASC's 1925 Packard bicycle clone of Iver Johnson's model 87... and since I have mentioned World Champion TOC bicycle racer Major Taylor (who made I-J's bicycles famous)– and the fact that his death went ignored, I want to pay tribute to another related life and death.

I have only recently learned that my friend, Andrew Ritchie, who wrote a 1980s biography book of Major Taylor has just passed. I got Andrew onto a Los Angeles radio show and other publicity for him years ago when his book was first published. We spent time touring around SoCal. Of course we exchanged numerous communications over the years.

Andrew wrote a first-class history of Major Taylor and wrote other books as well. Although he was originally from the United Kingdom, we met decades ago in Northern California and continued to communicate for many years. After many years of living in California, Andrew returned to the U.K. in recent years where there is still water and greenery. He was reportedly out in nature, observing a meteor shower on one of his last nights.

While this is a slight bit tangental to Packard bicycles, it is directly important in light of the information I have provided for you in this thread–especially in recent postings. Whether you knew Andrew or not... and whether you read his books or not, he was a great writer, great historian and a good friend. His loss is a huge one.

I am including a photo of Andrew and myself (I'm holding Andrew's Major Taylor bio and Major Taylor's own rare original book that Taylor wrote). Both books are autographed. Nobody seems to remember it, but I appeared discussing Major Taylor in the HBO TV Arthur Ashe production documentary of Journey of the African American Athlete. This 1996 film documentary was narrated by famous actor, Samuel L. Jackson and featured a number of sports celebrities... 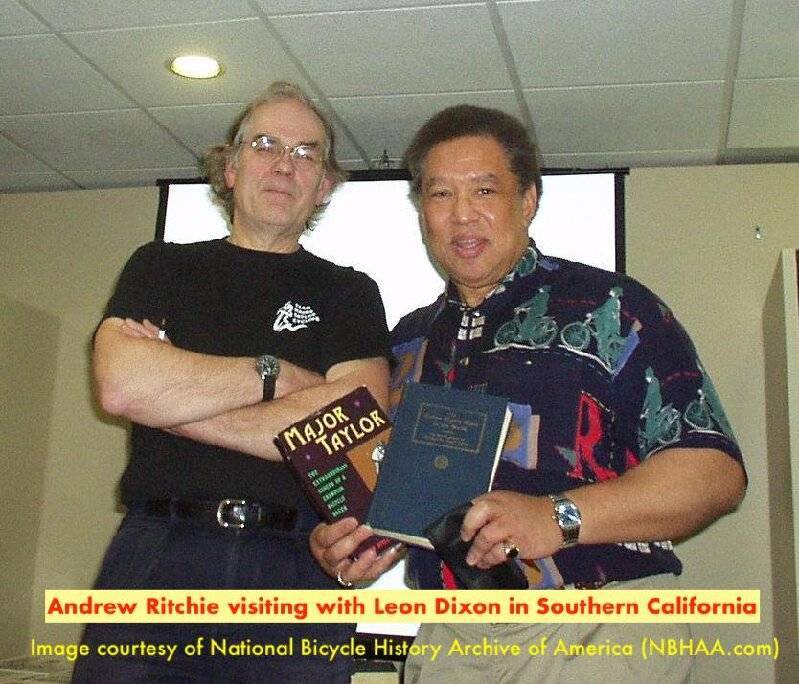 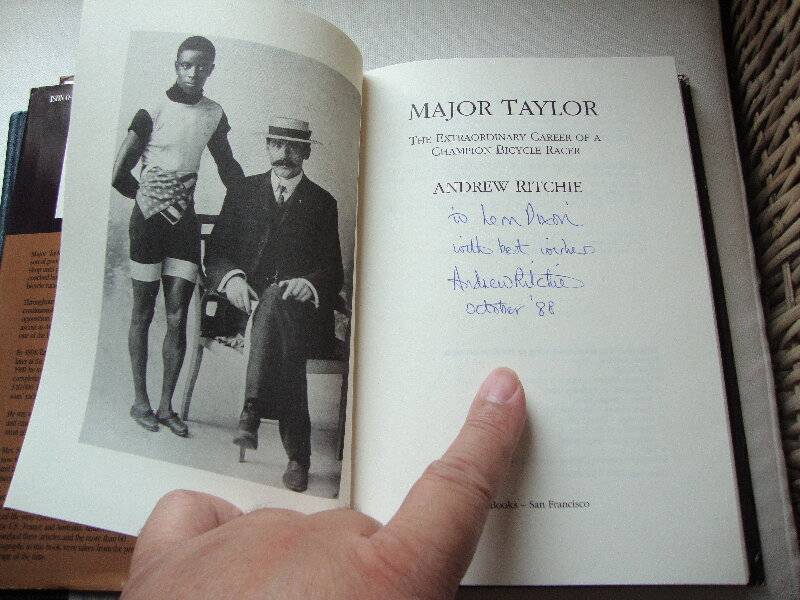