Posted by HH56 on 2021/5/14 15:24:14
I believe you may be referring to the front motor mount as the piece in question. If it is the item indicated by the read arrow, that is the front mount support which bolts to the crossmember.

You have the 110 engine but that photo is not very clear so another photo is also posted of a 120 engine showing better detail. It has a similar if not the same mount.

The bar I think may be causing the problem is depicted by the red arrow. The actual motor mount connection to the engine block is done with rubber pads squeezed between metal plates that are bolted together at the yellow arrow. There are two pieces of rubber surrounding some protrusions in the mount halves which deteriorate and are squished down so the front of the engine sags. When this happens the mount prevents direct access to the bottom bolt on the pump. You will need to use a small jack and some wood blocking under the oil pan to take the weight of the engine off the mount and raise the front of the engine enough to get a socket on the bolt.

If the rubber has deteriorated you might want to take advantage of the downtime to replace the rubber pieces. Steel has them and probably Kanter too. https://www.steelerubber.com/motor-mount-pad-30-0238-11 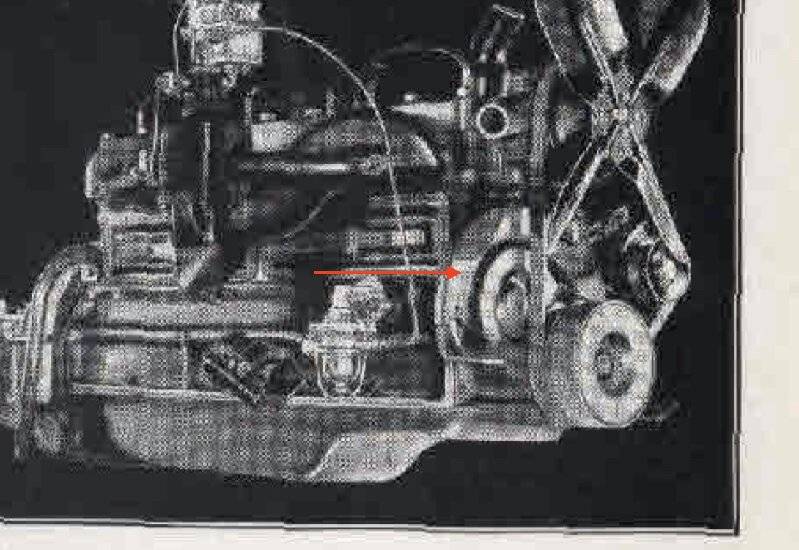 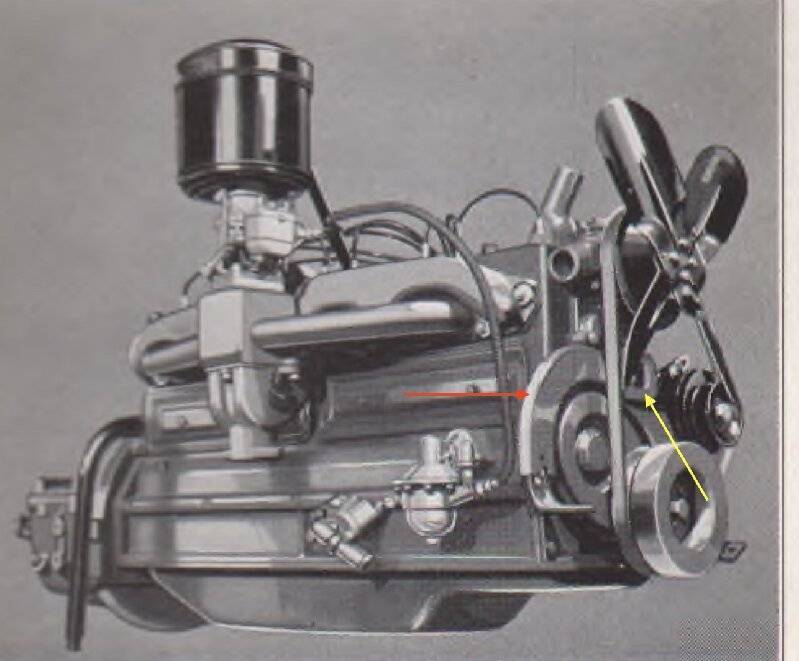