Re: Fun with used cars

Posted by Ross on 2020/7/20 19:57:15
OK, we will rename this entry NO fun with used cars.
Did a "carry-out" Twin Ultramatic for a transmission shop that was having trouble. Later when I saw the appalling workmanship done on the old Ultramatic I regretted handing them a rebuild and expected the worst. Yep, the phone call came--"your tranmission doesn't work" Oog. So I called in a big favor from a good friend and he brought the car up from 300 miles away.

Rolled the car off the trailer, started it up and seleted Drive. Huge ruckus from the rear end, speedometer jumps up to 25 but no car movement. Gingerly step out of the car and look underneath to see the driveshaft spinning merrily.

THAT was the key sheared off in the brake drum, the drum and axle ruined from running loose a long long time. So began a long day of painful and astonishing discoveries such as:

wrong nut loosely fitted on the other axle.

front wheel bearings drawn up so tight I almost needed to get a breaker bar to undo the right one.

Two, count them, two electric fuel pumps installed in different locations. In series. They both run when one turns the key,

rear brake lines run so they can be smashed by the jounce bumpers. One mashed already.

Hoses run in a random pattern to the power steering.

Two primary shoes on one side, two secondaries on the other.

And yes, there is more, but that is enough.

And THAT is why you should read the posts on Packard info and examine your shop manual. 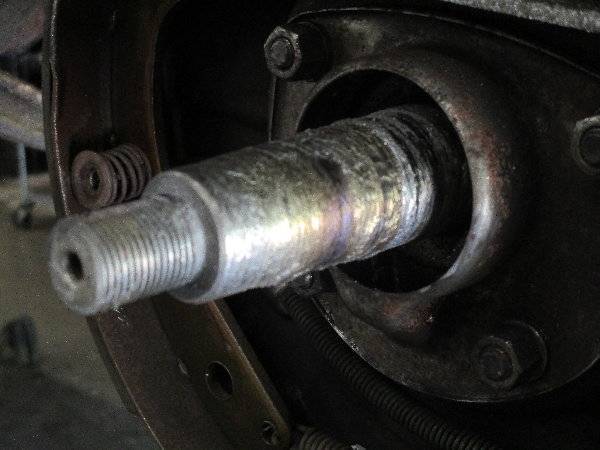 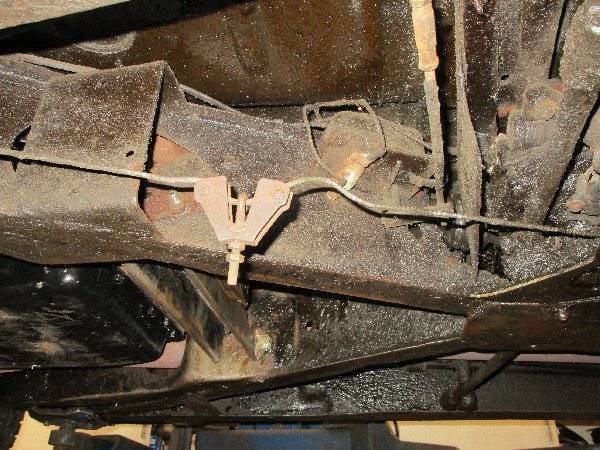